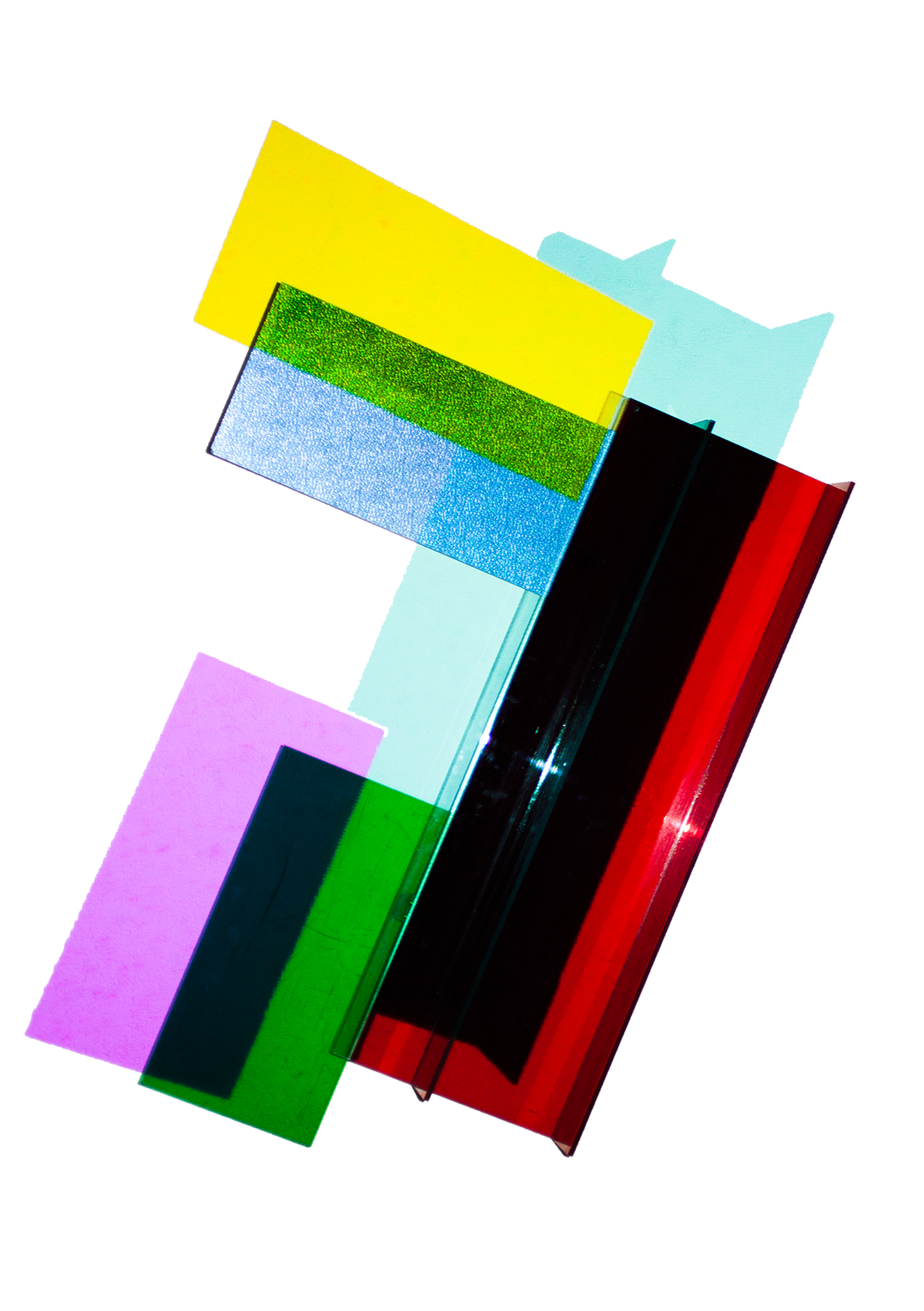 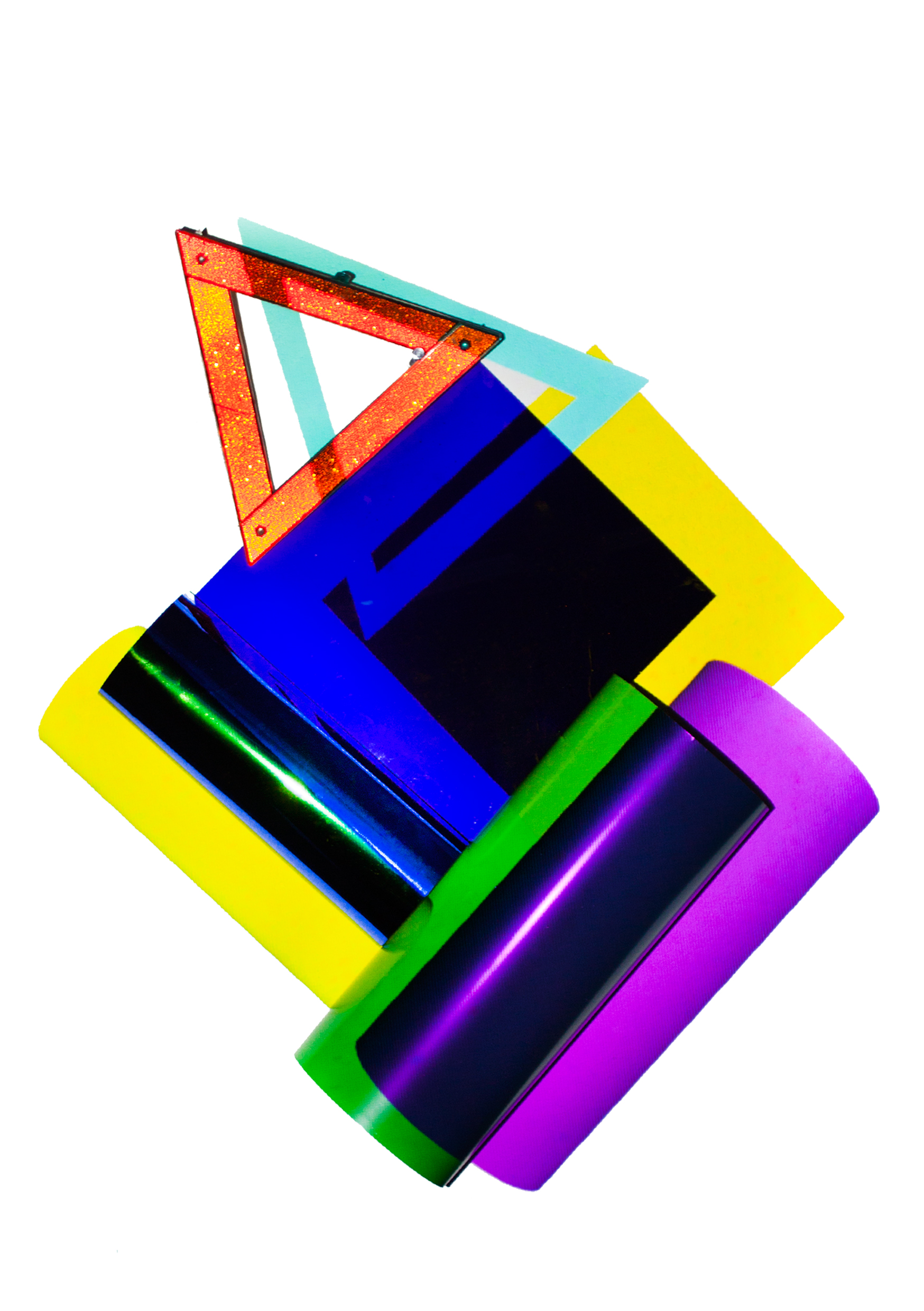 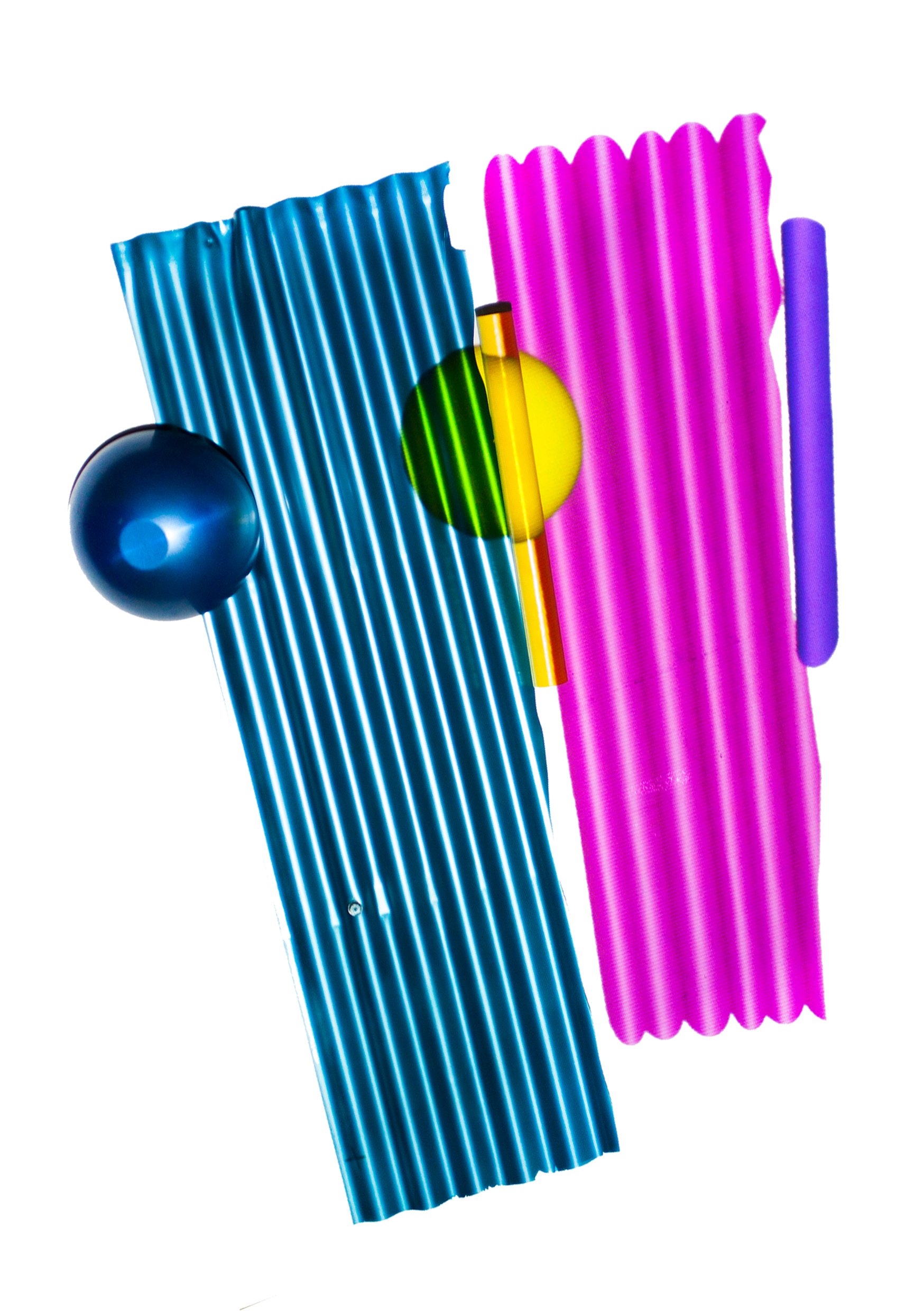 In the work “Sense Data afterimage” a natural phenomenon of the human eye is visualised in a serie of 3 installations. The installations show various projections in which 3 coloured objects are composed. The objects, that have references to compositions of forms from the public space, are presented with a representation of their (negative) afterimage. The afterimages in the installation are based on the artists experience by perceiving the original color objects where the visual outcome is digital re-created model. The digital-modelled afterimage of complementary colour-shapes were projected on the original surface of the objects.